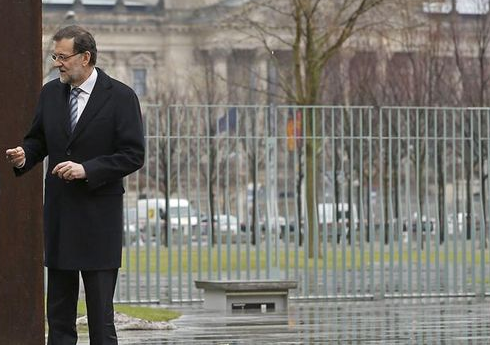 Mariano Rajoy, the Spanish prime minister, faces the fight of his life as allegations of a secret slush fund engulf his party and government. This bombshell could hardly have detonated at a worse time, with a population facing record unemployment and unprecedented austerity, and already infuriated by a string of corruption scandals.

The government needs to get to the bottom of these, so far, unproven claims if it is to survive.

After an emergency meeting of the ruling Partido Popular executive on Saturday, Mr Rajoy denied having received any irregular payments from his party, thus giving his word in public and banking on his personal reputation for integrity.“This is false”, he said: “I have neither received nor distributed ‘black money’.”

That means this cannot become yet another kickbacks case – allegedly provided in this instance by construction companies – gathering dust in the notoriously slow Spanish courts. It will certainly not be enough for the party to award itself a clean bill of health, as it did on Saturday after a cursory internal inquiry.

The scandal erupted after the left-leaning El País newspaper published what it says are the secret accounts of Luis Bárcenas, former PP treasurer, of illegal payments to senior party officials including Mr Rajoy, going back to 1997.

Mr Bárcenas is already implicated in a separate illegal party financing scandal, through which he was discovered to hold €22m in an undeclared Swiss bank account. He denies the accounts published by El País were drawn up by him, although handwriting experts consulted by the paper say they were.

There is, in addition, circumstantial corroboration to indicate there may have been two sets of accounts. Some PP officials have confirmed that payments against their names in the Bárcenas dossier did take place.

Mr Rajoy and his colleagues now intend to publish their tax declarations for the relevant period, although that may not disprove there were secret cash payments. But there is an urgent case to answer in the court of public opinion, if the PP government is to put this scandal behind it.

Spain is still fighting its way through the most wrenching economic crisis of the democratic era, at a time when nearly all its institutions, from the monarchy to the judiciary, exhibit signs of rot. There must be a full, transparent and independent investigation of the alleged Bárcenas accounts. Neither the government nor the country can afford anything less.