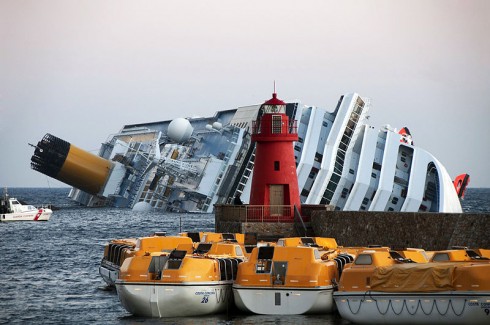 Another international summit has come and gone without any of the coordinated action that is vital if an ailing European economy is to be revived.

Confronted by a crisis whose resolution demands intervention on a par with the crash of 2008, last weekend’s G-8 communiqué was long on words and short on action. There were no concrete measures, least of all a plan to back up public pleas for growth. And, while next month’s G-20 meeting in Mexico could offer a second chance for coordinated action, there is no evidence of any pre-planning for such an initiative.

This failure of yet another international gathering has its origins in a fatal misdiagnosis. From the start, Europe’s leaders have insisted that we face a public debt crisis, that its solution is austerity, and that if that solution is not working it is because we have not had enough austerity.

But Europe’s problem is not simply the one-dimensional problem they describe. Europe also faces a crisis in the fundamentals of its banking sector, and another crisis in the failure of economic growth and competitiveness that affects every country on the Continent with the sole exception of Germany.

Europe’s propensity to delude itself was apparent four years ago, when, as the global financial crisis began, European leaders convinced themselves that their financial system was basically healthy, and had been the unlucky victim of Anglo-Saxon folly. At the first euro-area leaders’ meeting in October 2008, my assertion that European banks were more dangerously over-leveraged than America’s, far too dependent on short-term market financing, and riddled with risk-laden subprime mortgages bought from the United States was met with skepticism, even incredulity.

But because Europe took only a fraction — one eighth — of the action– that America took to recapitalize and write off rotten assets, its banks today are still poisoned by their high levels of debt (German banks today remain leveraged 32 times their size, and French banks 26 times). Indeed Spain’s banks now require upwards of €100 billion of recapitalization even before we deal with similar pressures on banks in Italy and even in France. And with banks now unable to provide good collateral for their loans, the 2012 life raft — €1 trillion of European Central Bank support — may soon have to be scuttled. The specter of unstoppable runs on banks will hang over everything until there is decisive action.

Every day we are seeing another abdication of responsibility: a failure to give content to a plan for growth to protect Europe — already in its second recession — from what could be a decade of stagnation. Already European production is shrinking from its pre-recession levels of 20 percent of world output to a projected 11 percent in a decade’s time. More worrying, only 2 percent of Europe’s exports currently go to China, and a total of just 7.5 percent of European goods and services go to India, Brazil and other emerging markets that are responsible for 75 percent of global growth.

It may seem strange to propose that the world’s second-richest continent now needs global support to lift itself out of an economic hole. But we know that today’s European consumers are too fearful to spend and that European investment is falling as banks deleverage at a faster rate than at any time in recent history. Worse still, euro zone members can no longer rely on pre-euro measures to boost their national economies — the currency adjustments, increased money supply and interest rate cuts that encourage growth.

Of course, at the next meeting of the European Council agreement will be reached on what will be called “a growth strategy” — a €10 billion boost to the European Investment Bank, a continental infrastructure fund, structural reforms to liberalize markets, and possibly also the introduction of cyclically adjusted deficit limits. But these measures will either take too long or be too slight to yield a big enough boost to growth this year and next.

The unpalatable truth is that European countries can no longer rescue themselves from stagnation without international support. What should have happened at the G-8 — and what must happen at the G-20 next month — is a coordinated global response that will help Europe decisively address the two elements of the crisis that are being ignored.

First, as their banks are restructured, the world must underpin Europe’s economy with help for a firewall strong enough to insulate Spain, Italy and other countries. Now that Greece has brought the Continent to its moment of truth, a financial re-engineering is a prerequisite for the survival of the euro. But Europe’s stability fund of around €700 billion, even when backed up by the I.M.F., is nowhere near large enough to persuade the rest of the world that Europe can master the storms ahead. A larger firewall is now needed as Europe considers afresh a French plan for the creation of euro bonds, ponders Italy’s proposal for a European-wide system of deposit insurance, and fights off a flight of capital from its periphery.

Second, to give weight to the European growth initiative, the G-20 needs to return to the global growth compact first agreed in London and Pittsburgh in 2009. Ten years ago the Western consumer could drive the world economy forward. Ten years from now the Asian consumer will be the driver of growth. The G-20 should plan to raise overall global growth by speeding up the opening of Asian and South American markets. It should also seek I.M.F. help to negotiate a deal in which China creates more global demand by increasing consumer spending and India further opens its markets to imports. In return, America and Europe should speed up capital investment in infrastructure, which would reassure Asia of the West’s commitment to growth. A growth compact could make the West confident it can benefit from an export-led drive to the East, and make the East confident there can be revitalized demand in the West.

The whole world will benefit — and we will have helped pull Europe back from the brink. The alternative — a lost decade of European unemployment and stagnation — can and must be avoided.

Gordon Brown: Crafting a Global Rescue for Europe added by elguaita on 25 de maig de 2012
View all posts by elguaita →