Casey B. Mulligan: A Time for More Nations 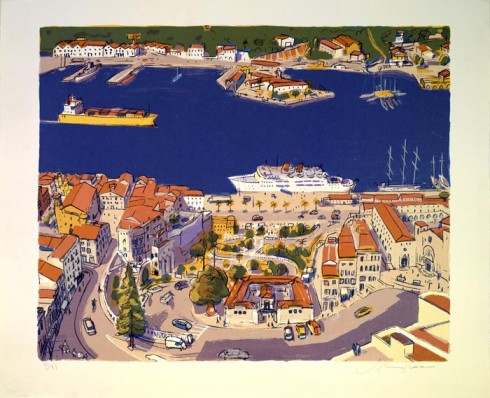 Casey B. Mulligan: A Time for More Nations

Catalonia, which includes Barcelona, has long been a part of Spain, but its peaceful residents increasingly talk about being an independent country again. In elections over the weekend, where independence was one of the most discussed campaign issues, a majority of offices were won by parties that support more Catalan independence, in one form or another.

An independent Catalonia would reinforce a worldwide trend. The world’s economics and demography are changing, and economic theory predicts that national borders will change with them (see “The Size of Nations,” by Alberto Alesina and Enrico Spolaore or “A Theory of the Size and Shape of Nations,” by David Friedman in The Journal of Political Economy).

The number of countries has grown since World War II, especially since 1990. The Soviet Union broke into multiple nations. Czechoslovakia split into the Czech Republic and Slovakia; Yugoslavia dissolved.

In most cases, many citizens of the parts wanted independence from the larger whole. The large countries were often divided by language or ethnicity and were often held together by nondemocratic leadership. The new independent countries emerged as democracy took hold, or shortly after.

In a few instances, countries combined. East Germany and West Germany unified. North and South Vietnam became one when North Vietnam won the Vietnam War. North Yemen and South Yemen were unified. As their names suggest, they have some common language, culture and history, more so than many former Soviet republics did.

Catalonia has its own language, Catalan, and a long history. Under Franco, Spain suppressed many Catalan institutions. And labor was mobile in Spain during the Franco regime, with many Spanish-speakers moving to Catalonia, Spain’s most prosperous region. The prevalence of Spanish in Catalonia, as well as the heavy hand of Franco, may have undercut an independence movement. But Franco’s death in 1975 and the emergence of democracy in Spain did not foster an independent Catalonia.

New generations have been learning Catalan, however, and that may be tipping the balance toward independence.

As governments and redistribution grow, richer regions find taxes to be increasingly burdensome. With the cold war over, ethnically unique regions no longer perceive the same national security benefits of being part of a larger nation.

Catalonia’s situation is worth watching, as it may hold lessons for Libya, Iraq and even the United States, where regions sometimes diverge in terms of culture, language and preferences for governing. A small nation can be established peacefully and may prove to have long-term benefits.

Casey B. Mulligan: A Time for More Nations added by elguaita on 30 de novembre de 2012
View all posts by elguaita →